Experimental Drone Krautrock Doom Metal from Dimaension X. I've been listening to bands like Aluk Todolo, Can, Neu!, Faust, SunnO))), even Kraftwerk, Hawkwind, Glenn Branca, Rhys Chatham, and a bunch of instrumental psychedelic bands that focus more on the minimalistic, hypnotic side of music. It’s not about writing catchy songs, but more about a "ritualistic" exploration of jamming.

Composed and performed by Dimaension X. *#1 from the Gnostic Mass, based on the bar of music in Book 4, Part I. *#8 Music for the Anthem of the Gnostic Mass by Frater H.K. circa 1131. Recorded and produced by Dave Lanciani at Dimaex Productions.

Posted by Dimaension X at 9:49 AM No comments:

I decided to compile the individual videos and songs from my "drone2012" album into one video.  It's now up and streaming at the YouTube!


Posted by Dimaension X at 9:20 AM No comments:

I think this is the direction that Thrv the Black Door will be pursing as they are working on new material ... inspired by listing to bands like Sunn O))) and Black Tongue.  Very minimal, downtempo doomcore.


Posted by Dimaension X at 3:17 PM No comments:

Here's the new album, Orion2Mars, streaming on YouTube and available for download and audio streaming at The Internet Archive.

Posted by Dimaension X at 8:16 AM No comments:

The next Dave Lanciani album is nearly ready for upload & streaming.  Titled "Orion2Mars", the thematic concept is about the Orion space project, which is NASA's planned missions to go to Mars in the Orion craft that they are developing. 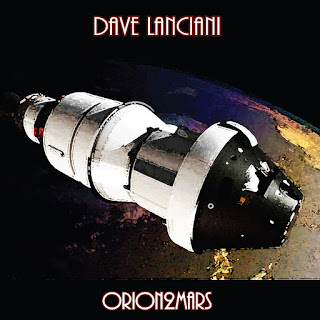 The music is going to be more of my usual spacey synths, rock guitars, bass and drums.  You know. The ushze.  Is that how you spell that? Eh, whatevs.

And after the Orion2Mars album, I'm working on another Thrv the Black Door album ... more heavy, droney doom metal.  I'm working on some new effects for the computerized vocals, so we'll see how that turns out.  Could be interesting, could be horrible.  You tell me.
Posted by Dimaension X at 3:00 PM No comments:

Hi kids,
Yeah, the audio MP3 files (and ogg vorbis, if you like those better) are available for my two latest projects.

First, Red Gnome, the first album of 2019, and released under my own name instead of Dimaension X (just trying something new) is available at the following links: 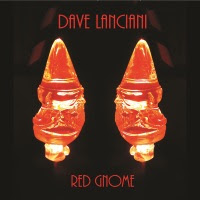 And my lastest side project, a Drone-Doom-Goth metal named Thrv the Black Door has it's debut album available at the following links: 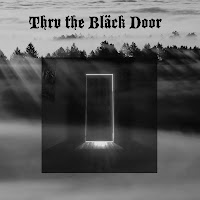 Posted by Dimaension X at 8:29 AM No comments:

2 new Projects for the summer!

Two new projects released in June and July of 2019 ...
The first is an album that I decided to release unde my own name instead of Dimaension X.  Just changing things up a bit.  Lemme know if you think it makes a difference - just go to the YouTube video and leave a comment.

The 2nd project is a drone-goth-doom metal album from a band called Thrv the Black Door.  This is a bit experimental, since the vocals are done completely with computer-generated voices.

Check 'em out and leave some comments on the respective YouTube pages.

I'm still working on the official MP3 file uploads, so you can download the audio.  I'll let you know when they're available.
Posted by Dimaension X at 9:48 AM No comments:

LINX to my Allies